The National Human Rights Commission today sought explanation from Jammu and Kashmir Police as to why it did not intimate it about the death of a youth in custody within the stipulated 24 hours.
The action came after NHRC received a complaint from an activist about the incident.
An NHRC spokesperson said the Commission has asked its Director General (Investigation) to collect requisite reports from concerned authorities within eight weeks and report to it.
It has also sought an explanation from the Director General of Police as to why the intimation about the death in police custody was not communicated within 24 hours to the Commission as per its guidelines, the spokesperson said.
The complaint was with regard to the death of Nazim Rashid (28) in police custody in Sopore of North Kashmir on July 31.
“The Commission received a complaint about the incident from Dr Lenin of People’s Vigilance Committee on Human Rights, on August one through email, whereby he referred a news link which alleged that Rashid, resident of Alamdar Colony of Krankshiven was tortured to death by the Special Operation Group (SOG) of police and Army officials in Sopore Town,” the spokesperson said.
Posted by People's Vigilance Committee on Human Rights at 10:49 AM No comments: 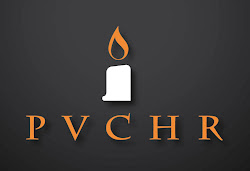